John Dark, whose real name is Jonas Junior Darkenstein, was born on March 11, 1973 at Fort Worth, Texas, while a deadly tornado was devastating the state. The last living son of Jonas Darkenstein, founder of the famous factory Go’Est, JJD freed himself from a longtime decided career path and went discover life with his cousin Lynda, who was five years older. She was the singer of a local band, and passed on to him her passion for music. The young Jonas followed her to every concert, inevitably getting closer to the event that would change his fate forever. On July 12, 1998, the band meets a phenomenal success. The public give the singer a standing ovation, alcohol was flowing freely. Jonas feels alone, upset by the band’s sudden fame. Out of jealousy, he sets the stage on fire. In front of this terrible blaze, a vision petrified him.

« I saw a woman’s face in the flames. She spoke to me. From this day I am Dark, John Dark. This is my destiny. » – John Dark

It is now twenty years that he has been performing one spectacular show after another, going all around the world. His faith is unchanged.

Walter Closette was born on April 26, 1986 in Saint-Louis, Louisiana, in a creationist preacher’s family keen on Gregorian chants and Baroque music. Also a guitarist, he meets Al Zeimer in a NRA meeting in favour of civic rights for African-American people. 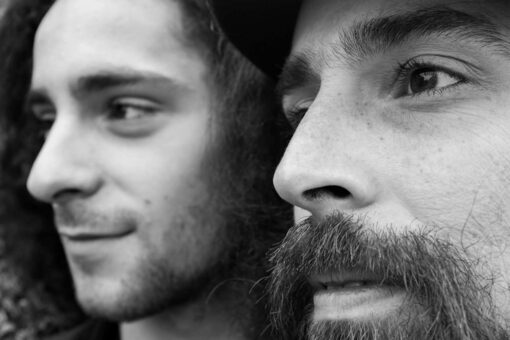 Feel the music in the air

This website uses cookies to improve your experience while you navigate through the website. Out of these cookies, the cookies that are categorized as necessary are stored on your browser as they are essential for the working of basic functionalities of the website. We also use third-party cookies that help us analyze and understand how you use this website. These cookies will be stored in your browser only with your consent. You also have the option to opt-out of these cookies. But opting out of some of these cookies may have an effect on your browsing experience.
Necessary Toujours activé
Necessary cookies are absolutely essential for the website to function properly. This category only includes cookies that ensures basic functionalities and security features of the website. These cookies do not store any personal information.
Functional
Functional cookies help to perform certain functionalities like sharing the content of the website on social media platforms, collect feedbacks, and other third-party features.
Performance
Performance cookies are used to understand and analyze the key performance indexes of the website which helps in delivering a better user experience for the visitors.
Analytics
Analytical cookies are used to understand how visitors interact with the website. These cookies help provide information on metrics the number of visitors, bounce rate, traffic source, etc.
Advertisement
Advertisement cookies are used to provide visitors with relevant ads and marketing campaigns. These cookies track visitors across websites and collect information to provide customized ads.
Others
Other uncategorized cookies are those that are being analyzed and have not been classified into a category as yet.
Enregistrer & appliquer
Propulsé par